Begin a Family Vacation in NYC at The Sherry-Netherland

If you dropped a pin onto a map of New York City to target the best hotel location for a family vacation, 781 Fifth Avenue would do the trick. Our family friendly location in midtown Manhattan means you can walk to everything from The Sherry-Netherland. 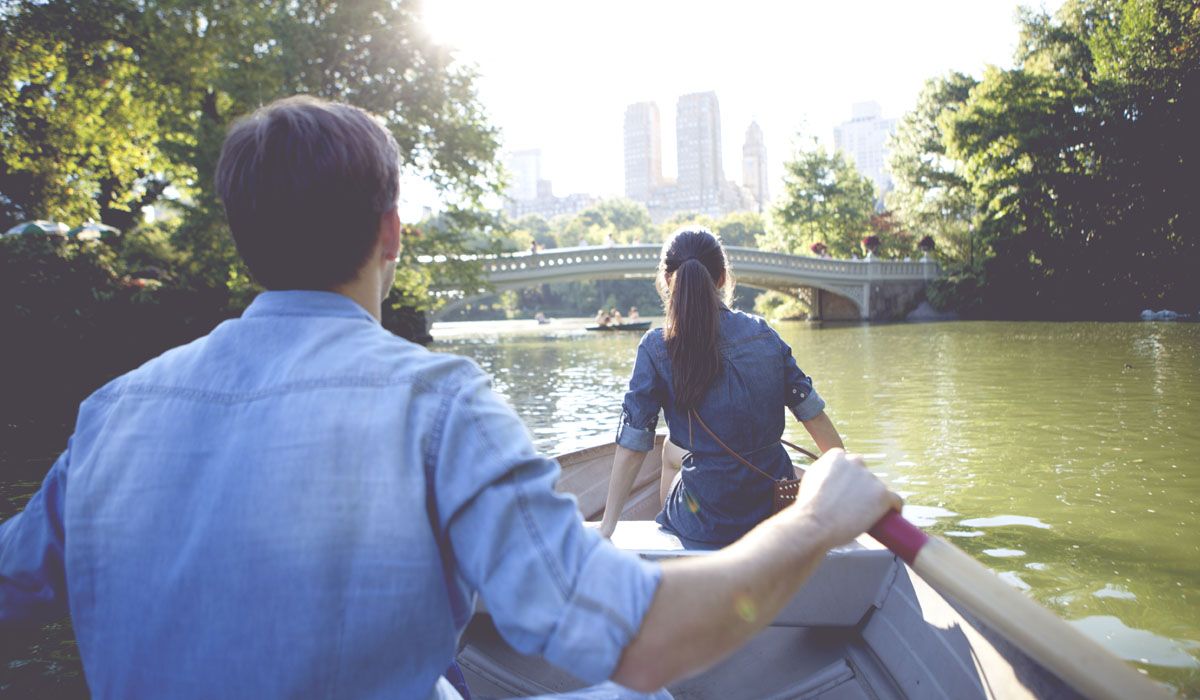 Perched on an enviable corner facing Grand Army Plaza at the intersection of Fifth Avenue and 59th Street, Central Park is our front yard.

Glowing reviews from families are one of the reasons The Sherry has earned recognition as the #1 Top Hotel in the United States in the 2016 TripAdvisor Travelers’ Choice™ awards. Of course, the family pet doesn’t get a vote, but we’re also among New York City’s most pet-friendly hotels. Bring the whole family, and Rover too, for a family friendly stay.

Things To Do in NYC: Central Park

Take just 98 steps from The Sherry's front door to reach Central Park's green expanse of 843 acres. One of the world's greatest parks is a magnet for both kids and grownups. A traditional old-time New York horse and carriage ride are an option, rental bikes are lined up at the entrance, and if you decide to venture out on foot, it's another good choice.

The first destination might be Central Park Zoo and for the second destination, Central Park Lake to paddle your own rowboat and sip lemonade by shady willow trees at Loeb Boathouse. Little ones will be thrilled to ride the vintage carousel and sail model boats on the Conservatory Water, tweens may be keen to visit Strawberry Fields dedicated to John Lennon, and kid-sized bites of culture can be meted out according to age and interests at The Metropolitan Museum of Art. Directly west across Central Park, dinosaurs and outer space await exploration at the American Museum of Natural History and Hayden Planetarium.

Here’s your chance to be on TV...early risers can head for TODAY Plaza at Rockefeller Center rain or shine. First-time visitors won’t want to miss city views from Top of the Rock and the whole family can enjoy live entertainment -- and a backstage tour -- at the glorious Radio City Music Hall, home of the famous Rockettes and the Mighty Wurlitzer pipe organ. It’s all within a 12-minute walk from your room at The Sherry-Netherland.

“The Lion King,” “Wicked,” or “Aladdin”? Exotic costumes superbly choreographed musical numbers and astonishing sets will make memories for a lifetime. Book ahead for your favorite kid-friendly Broadway shows or visit TKTS at Times Square for discount tickets to any show that’s not sold out for that same day’s matinee or evening performance. Always dazzling, the lights of Times Square are a show in themselves for even the most jaded New Yorkers.

Towers go up in Dubai, Kuala Lumpur, and London, but there’s only ever one Empire State Building. You can’t miss it! Head south on Fifth Avenue to 34th Street. The only question is, will you stop at the 86th floor Observation Deck or go all the way to the Top Deck on the 102nd floor?

Your Stay at The Sherry-Netherland

Pack your running shoes for a run in Central Park or to take advantage of our complimentary Fitness Center. We know how important a kitchen is when traveling with children or babies. A good number of the larger guest rooms at The Sherry-Netherland feature full kitchens as well as a dining table for family meals, just like at home. The entire hotel is smoke-free, infant cribs are complimentary, and if your family’s four-footed friend is joining you, just let us know.

You’ll find complimentary Wi-Fi connections that are fast enough to please even harsh critics like Millennials. Right next door, the gleaming glass entrance to the underground Apple Store NYC is one of the city’s most photographed places and a destination in itself. Give us a call to tell us more about your family’s preferences and we’ll suggest the perfect rooms or suites to match your needs because no two rooms at The Sherry are alike.

Things to Do with Kids in NYC