A timeless classic among luxury hotels near Central Park 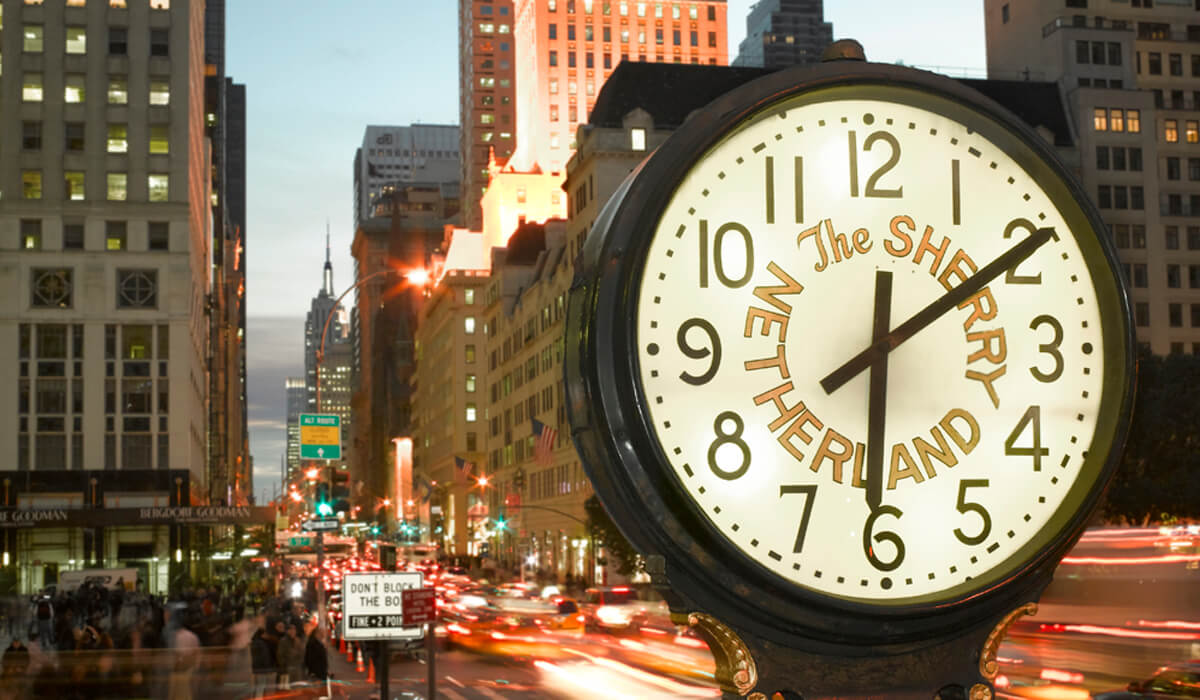 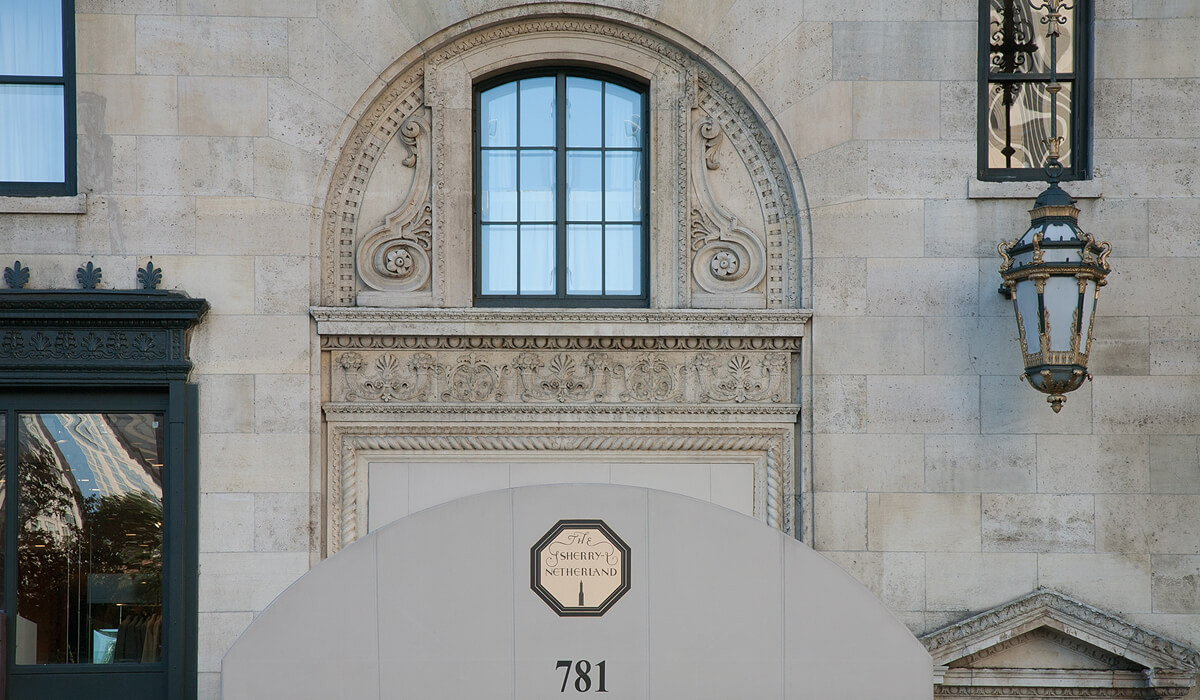 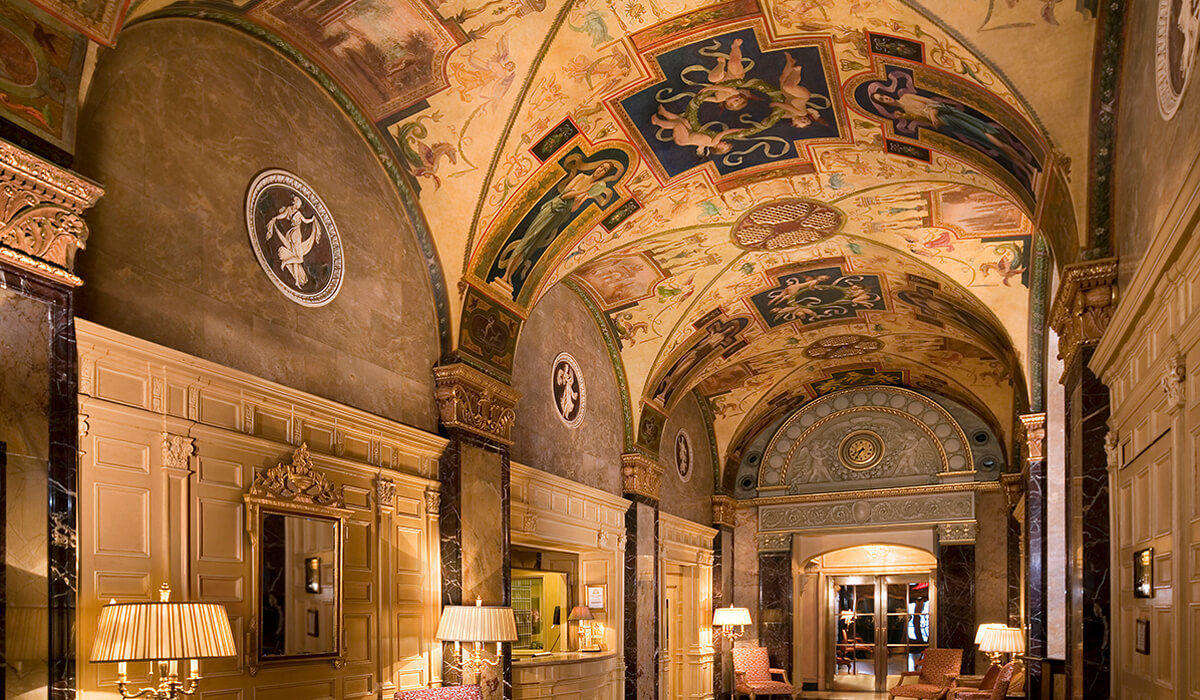 Experience world-class accommodations and European-style service in an iconic Central Park hotel. Topped by an elaborate Gothic minaret, The Sherry-Netherland adds a note of drama and history to the Midtown Manhattan skyline. Just look for the signature sidewalk clock on Fifth Avenue that marks this Central Park hotel’s entrance. From exemplary service – including concierge assistance, elevator attendants and valet – to spacious, individually decorated rooms and suites, a stay at The Sherry has been an expression of privilege since 1927. Rely on this New York City luxury hotel to provide five-star service in a classic setting.

Restored in 2014, the mural on the lobby ceiling has been returned to its original splendor as seen in the 1920s. Inspired by Raphael's frescoes in Cardinal Bibbiena's Loggetta in the Vatican Palace, artist Joseph Aruta designed the beautiful and intricate details. View images of the restored mural in this photo gallery.

Get acquainted with the beauty of a New York City luxury hotel, one stay at a time

“We're at The Sherry” has been an expression of privilege since the hotel opened in 1927. Experience The Sherry's unsurpassed lifestyle in one of 50 spacious and individually decorated guest rooms and suites, some with Central Park views. Book your reservations online today for exclusive rates.

Please note that The Sherry-Netherland is a smoke-free hotel.