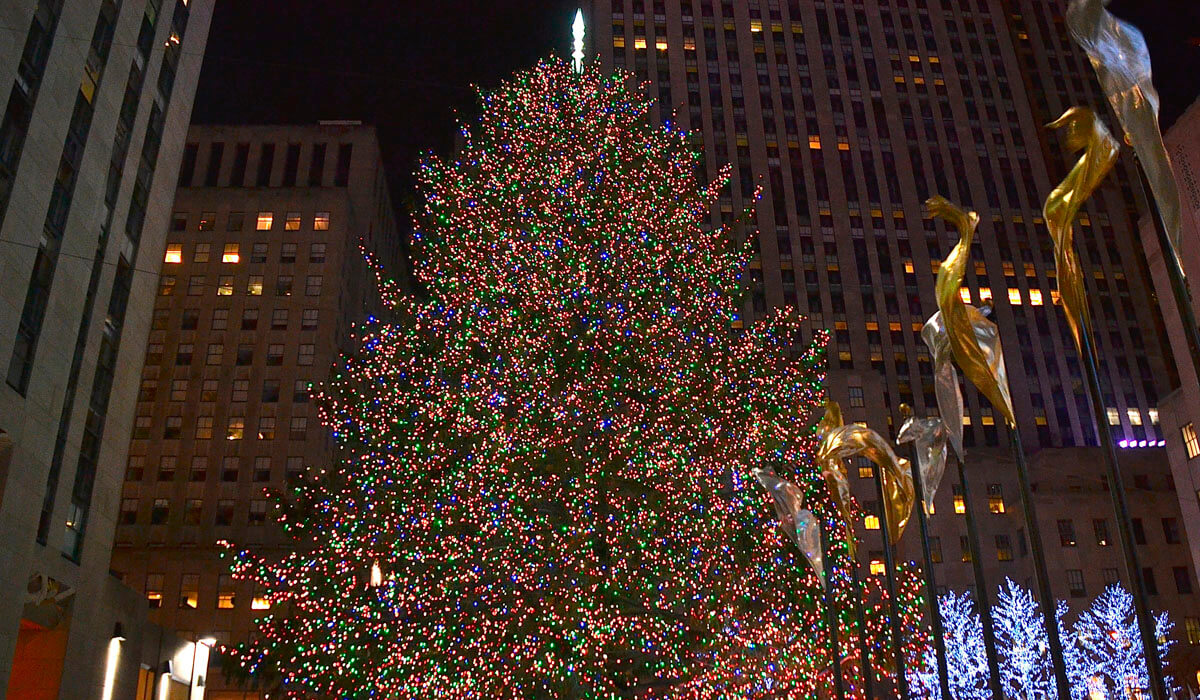 Built in 1939, Rockefeller Center was the vision of New York businessman John D. Rockefeller, and now his destination has become what some would consider the epicenter of the Big Apple and all within half a mile of The Sherry-Netherland, a pleasant 10-minute walk.

Top of the Rock Observation Deck

The Top of the Rock Observation Deck is a must-see attraction any time of the year. Here, a six-level observatory sits on top of the Art Deco skyscraper. The upper decks are 850 feet above street level, giving visitors the ultimate 360-degree view of New York City. The deck, which opened to the public in 1933, was originally designed to resemble the upper decks of a 1930s grand ocean liner.

By day, the views of Central Park are splendid. By evening, visitors can steal glimpses of the Empire State Building as the city begins to glow in twinkling lights. A sunset arrival at the Top of the Rock will net you both glorious views. It’s New York sightseeing at its best.

And your Rockefeller Christmas experience wouldn’t be complete without a spin around one of the nation’s most celebrated ice skating rinks — The Rink at Rockefeller Center. With room for 150 Rockefeller ice- skating enthusiasts, winter is one of the most magical times of year at this New York City attraction.