Visiting the Armory Show? The Metropolitan Museum of Art? Art enthusiasts may enjoy The Sherry-Netherland's own 860-square-foot breathtaking mural gracing the main lobby. Here's the story behind this Art Deco work. 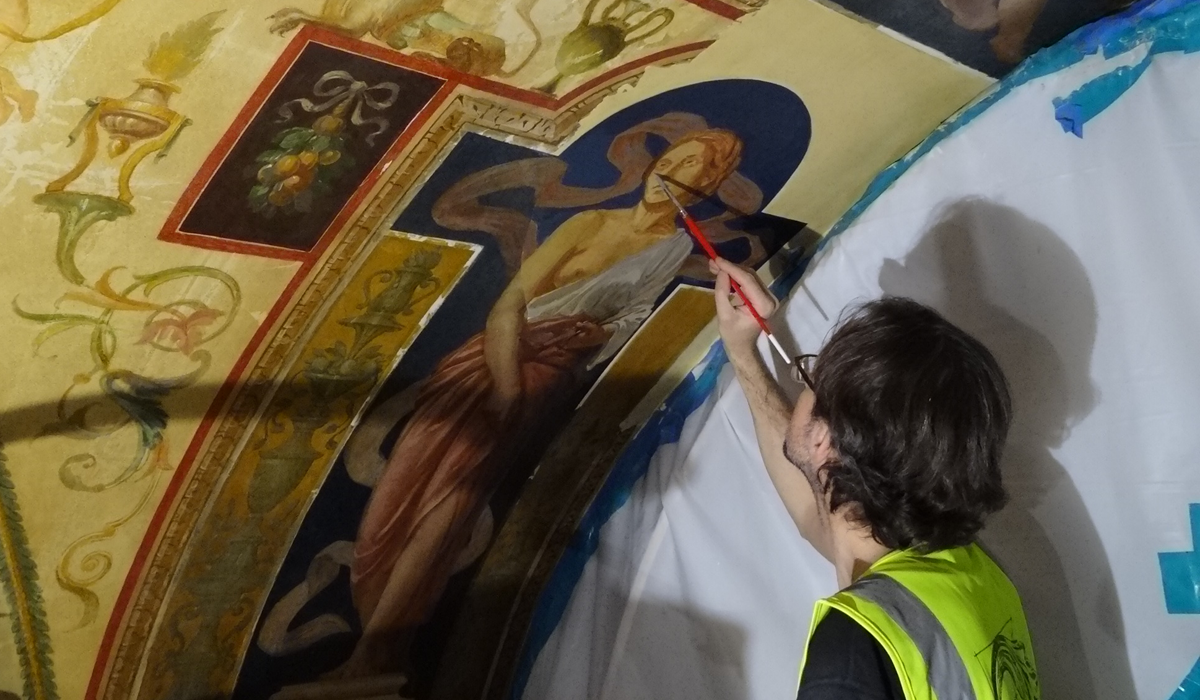 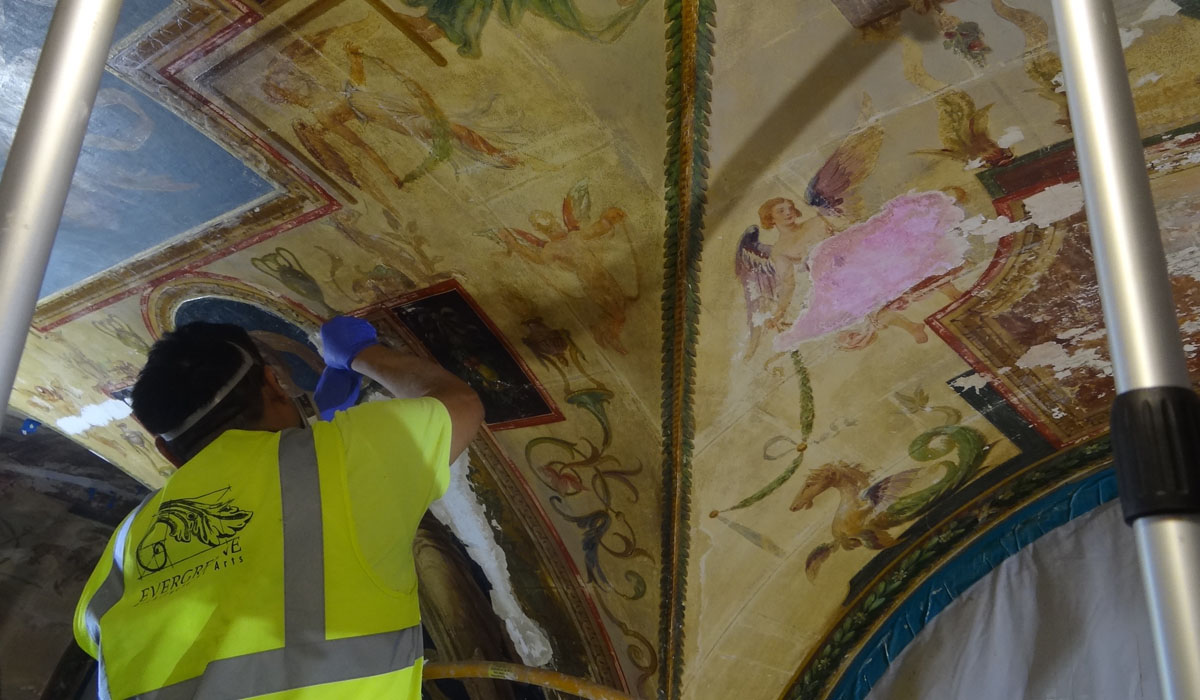 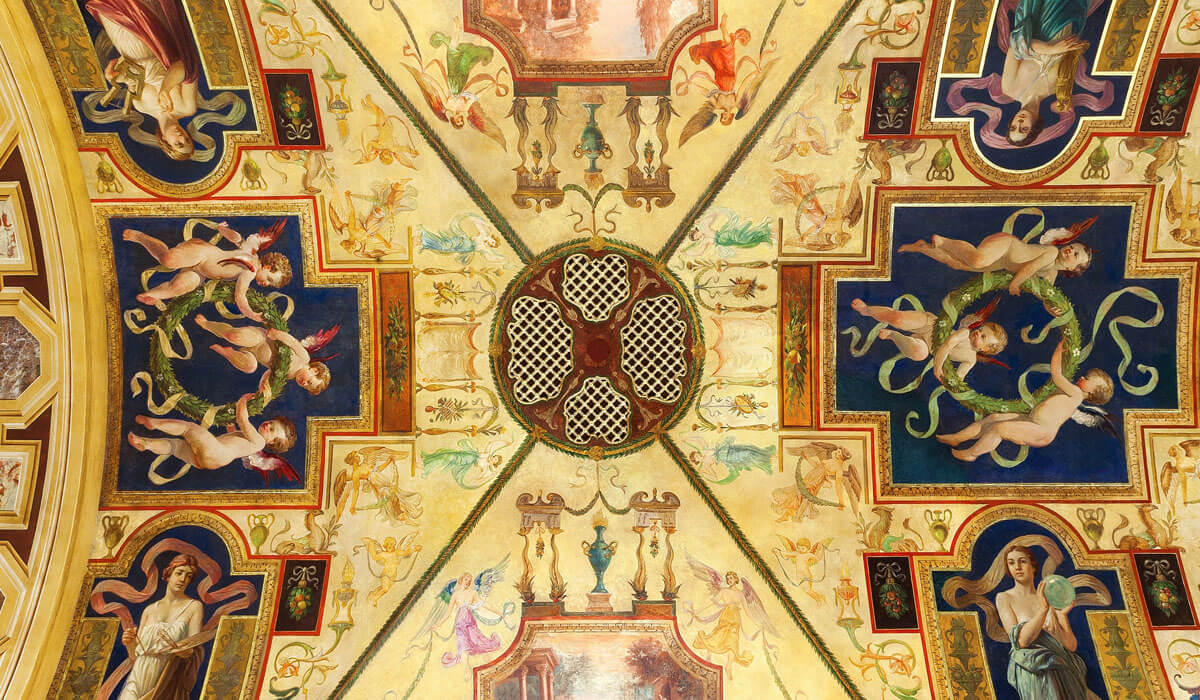 Visiting the Armory Show? You might enjoy the story behind our Art Deco mural

With so many art enthusiasts flocking to New York City each year for the esteemed Armory Show, dubbed "The grand dame of New York art affairs," we thought we’d take a moment to look at The Sherry-Netherland's own 860-square-foot breathtaking mural gracing the main lobby. While there's nothing contemporary about this Art Deco work, we think most art enthusiasts will appreciate the story behind this sweeping mural.

The Sherry-Netherland commissioned artist Joseph Aruta to paint a ceiling mural in the hotel lobby, basing it on Raphael's frescoes in Cardinal Bibbiena's Loggetta at the Vatican Palace in Rome. The style was popularized during the Renaissance period and Neoclassical period, making Aruta's recreation a perfect fit for the lobby’s graceful arches, which were also inspired by similar period influences.

A side note: Aruta's work also graces the Downtown Athletic Club, Bowery Savings Bank, Pennsylvania Hotel and the Paramount Theatre. In addition to The Sherry-Netherland's sweeping display of the winged cherubs, flower garlands and golden hues, The Sherry-Netherland is home to two more artistic relics. At the time of The Sherry-Netherland's 1920s construction, the Fifth Avenue Vanderbilt mansion was being demolished, and so the hotel acquired two limestone reliefs from the mansion, installing the works inside the entrance vestibule. Sculptor Karl Bitter depicted a group of girls in these ornamental friezes.

From Art Deco to white plaster

Some 40 years after the mural was painted, water damage forced The Sherry-Netherland to plaster and paint over the mural, turning the colorful ceiling display into graceful white arches. For another forty years, the stunning work was lost behind more than a dozen layers of paint, and in that time, the hidden mural was almost completely forgotten about until workers opened up a section of the vaulted lobby for more ceiling maintenance. Blazes of color greeted the workers, and soon after, The Sherry-Netherland unearthed black and white photos to re-imagine the lobby in its original splendor.

Resurrecting a hidden treasure – especially an 860-square-foot one – is no small task. In 2013, restoration of the mural began. A team of up to 10 workers from EverGreene Architectural Arts' Mural Studio took to the rafters. Completely concealed in an elevated workspace over the lobby, the workers began scraping away the layers of paint using inch-wide razors. Once they reached the mural, gallons of solvent, loads of elbow grease and painstaking patience went into restoring the mural. EverGreene estimated a total of 4,000 hours were poured into the project.

To truly appreciate the restoration effort, this EverGreene video sheds light on the meticulous care that went into unearthing this beautiful gem. Amazingly, during the seven-month project, business continued as usual in the lobby below. The work was accomplished in utmost subtlety with EverGreene setting up a network of platforms and swathes of fabric to conceal the workers. The creamy fabric was gathered to look like a ceiling covering in a Georgian country home, and plastic layering kept solvent fumes at bay.

Today, The Sherry-Netherland lobby now blazes in all of its original Jazz Age glory.